Best Selling Author & Co-Author of Good to Great, Built to Last, How the Mighty Fall, Great by Choice 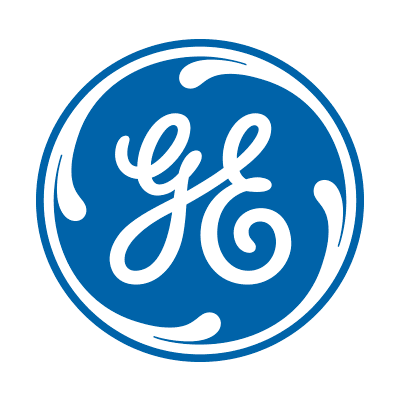 José Pires serves as the Global Excellence & Innovation (E&I) Leader for Andeavor Corporation, where he oversees the global identification, prioritization and execution of mission critical business improvements and innovations that add value to the company, business partners and external clients in multiple markets.

Jim Collins is a student and teacher of leadership and what makes great companies tick.

Having invested a quarter century of research into the topic, he has authored or co-authored six books that have sold in total more than ten million copies worldwide. They include: GOOD TO GREAT, the #1 bestseller, which examines why some companies and leaders make the leap to superior results, along with its companion work GOOD TO GREAT AND THE SOCIAL SECTORS; the enduring classic BUILT TO LAST, which explores how some leaders build companies that remain visionary for generations; HOW THE MIGHTY FALL, which delves into how once-great companies can self-destruct; and most recently, GREAT BY CHOICE, which is about thriving in chaos – why some do, and others don't – and the leadership behaviors needed in a world beset by turbulence, disruption, uncertainty, and dramatic change.

Driven by a relentless curiosity, Jim began his research and teaching career on the faculty at Stanford Graduate School of Business, where he received the Distinguished Teaching Award in 1992. In 1995, he founded a management laboratory in Boulder, Colorado, where he conducts research and engages in Socratic dialogue with CEOs and senior leadership teams. In addition to his work in the business sector, Jim has passion for learning and teaching in the social sectors, including education, healthcare, government, faith-based organizations, social ventures, and cause-driven non-profits. In 2012 and 2013, he had the honor to serve a two-year appointment as the Class of 1951 Chair for the Study of Leadership at the United States Military Academy at West Point.

Jim holds a bachelor's degree in mathematical sciences and an MBA from Stanford University, and honorary doctoral degrees from the University of Colorado and the Peter F. Drucker Graduate School of Management at Claremont Graduate University.

He is an avid rock climber, with one-day ascents of the north face of Half Dome and the 3,000 foot south face of El Capitan in Yosemite Valley.

Tom Paider is an IT executive for Nationwide, a Fortune 100 insurance and financial services company. His teams work across Nationwide to apply lean thinking to technology. He is the coauthor of the book The Lean IT Field Guide. Tom regularly consults with companies in a variety of industries across the globe on their lean transformations.

Tom is the cofounder of the IT Leadership Network at The Ohio State University, a partnership between industry and academic leaders focused on helping member companies sustain their lean IT journeys. He also teaches in the Masters in Business Operational Excellence program at Ohio State’s Fisher School of Business. Tom is a seasoned IT Executive and Lean Coach who is passionate about bringing higher levels of performance to organizations.

• Facilitation as an enabler: Utilize a facilitative skillset within a team environment in growth and problem solving initiatives

Ashutosh is a seasoned Transformation, Strategy and Quality Management professional with experience in Telecommunications, Information Technology (IT) and Financial Services.

As a Transformation expert, he has led end-to-end improvement projects bringing in more than 50 Million Euro savings globally.

As a trainer, he has trained more than 3000 experts in various continuous improvement methodologies (lean/ kaizen/ six sigma).

Ashutosh is recognized as an expert in Lean Six Sigma and has been a leading panelist and key speaker at multiple international forums globally.

Priya leads global operations for Trust and Safety across Google. In her role, Priya works with all product teams across Google to fight spam, abuse and fraud and deliver a safe user experience. In her time at Google, Priya has streamlined global operations across multiple teams and partnered with product, operations, finance and legal teams to drive transformations. She leads the Googlewide deployment of “gLean” a program to coach Googlers about adopting lean within Google’s highly dynamic and fast paced environment.


Prior to Google, Priya  spent 10 years in management consulting at Bain where she advised healthcare, technology and consumer goods companies on global growth strategies and operations improvement. Before her career in consulting, Priya worked for GlaxoSmithKline and focused on global manufacturing and with Unilever on marketing and supply chain. In addition, Priya was a public accountant with Ernst & Young. Priya holds an MBA from Wharton and is also a Chartered Accountant.


Priya has lived and worked in Australia, New Zealand, the UK and US. When she is not at work, Priya loves spending time with her family, introducing her kids to the joys of camping, trying out new vegan recipes and searching for the elusive perfect cappuccino in the US (It is a little known fact that Australia has some of the best coffee in the world and the quest to find it in the US continues...)